APlay Casino is an online casino that puts a lot of stock into the gaming library that it carries. Supporting over 2,000 titles is arguably the primary reason why APlay stands out from the crowd in what is becoming an overly saturated online casino market. Launched in 2017 and operated by AventoMT, this betting site is licensed, certified, and accepts a length of currencies while offering English, Thai, Russian and German language gameplay.

As with most casinos, APlay Casino has created a welcome package for new members. It will double your initial deposit and comes with fifty free spins on selected slot games to boot. If that isn’t enough to get you started in style, there are additional promos and bonuses you may wish to look at.

Each week, APlay Casino has the equivalent of thousands of dollars in cash prizes to be won via slot tournaments and battles. There are also regular 50% bonuses to snap up when you manage to complete achievements and taking part in battles (challenges) unlocks daily rewards.

VIP players can get a slice of the action, too. The casino has four VIP tiers, and you’ll need to maintain your status once you get it to continue reaping their rewards. These include personalised promos and bespoke bonuses based on your gambling activity.

Player Over 2,000 Games at APlay Casino

APlay Casino is home to over 2,000 games. Most of these are mobile-friendly, ensuring that you can not only play via your computers but actively wager on games via your mobile phones to boot. Games are divided into genres that include Popular, New, Slots, Jackpots, Tables, Video Poker, Others, and Live Casino genres.

Notable developers involved at the casino include Microgaming, Yggdrasil Gaming, Quickspin, Pragmatic Play and Big Time Gaming. Playson delivers titles, as does ELK Studios, Endorphina, 1×2 Gaming and others. The one notable absentee is Evolution Gaming, but Pragmatic Play’s live dealer casino collection is more than enough to suffice.

Of all the games supported at APlay Casino, slots form the lions share. If baccarat, blackjack, craps, roulette, and table poker aren’t for you, then having a crack at notable and renowned slots may be. These games include Wild Toro, Big Bad Wolf: MegaWays, Valley of the Gods, Immortal Romance: Mega Moolah and 1900+ others.

There are many different currencies you can choose to use when playing APlay. Euros and US dollars are the primary ones, but Indian rupees, Russian roubles, Thai baht, and Kazakhstani tenges are possibilities, too.

APlay Casino’s deposit methods include AstroPay, EcoPayz, Maestro, MasterCard, Neteller, Paysafecard, Siru, Trustly, VISA and, naturally, bank transfers. The casino isn’t very forthcoming when it comes to listing its deposit and withdrawal caps. However, deposits are processed instantly, and withdrawals take between three and five days to clear (in most cases). This isn’t exactly bizarre for any online casino.

A Reliable and Growing Casino

APlay Casino has been around for just shy of half a decade now, so it is still a growing casino. The Curacao licensed site is affiliated with BeGambleAware and GamCare. It supports RNG-certified games but could do with a few more responsible gambling tools at its players’ disposal. In terms of support, there is a 24/7 live chat service at APlay, while e-mail (support@aplaycasino.com) assistance is another way you could go.

APlay Casino is most notable for its immense gaming library, as mentioned. In other areas, it is par for the course. APlay still performs strongly compared to many other casinos, but there are rivals out there who offer a similar and arguably better service. 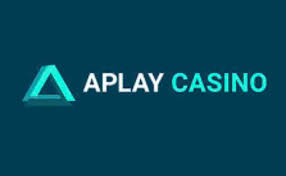 The Company prohibits opening accounts and/or deposit any money to users who are citizens of or are living in the United Kingdom, United States, Latvia, Italy, Afghanistan, ISIL and Al-Qaida, Malta, North Korea, Sweden. The list of jurisdictions may be changed by the Company without notice. You agree that you are obliged not to open an account, and not to try to use your account if you are a citizen or are located in one of these jurisdictions, otherwise, your account will be blocked. The company has the right to unilaterally decide on the payment of deposits, balances and any other means from the blocked accounts.

Check out all casino bonuses.

You must be 18+ years old to play at online casinos.

Problem gamblers if you are in the UK we would suggest a service such as GamCare or Gamblers Anonymous who offer free, non judgemental advice.

We also recommend using the Gamstop self exclusion service to exclude yourself from all UK online casinos and bookmakers.

If you have already self excluded then we advise you to avoid the rogue casinos and affiliate websites advertising casinos not on Gamstop as these are unlicensed clip joints, rogue and completely lacking in ethics and morals.

This website uses cookies to improve your experience while you navigate through the website. Out of these, the cookies that are categorized as necessary are stored on your browser as they are essential for the working of basic functionalities of the website. We also use third-party cookies that help us analyze and understand how you use this website. These cookies will be stored in your browser only with your consent. You also have the option to opt-out of these cookies. But opting out of some of these cookies may affect your browsing experience.
Necessary Always Enabled
Necessary cookies are absolutely essential for the website to function properly. This category only includes cookies that ensures basic functionalities and security features of the website. These cookies do not store any personal information.
Non-necessary
Any cookies that may not be particularly necessary for the website to function and is used specifically to collect user personal data via analytics, ads, other embedded contents are termed as non-necessary cookies. It is mandatory to procure user consent prior to running these cookies on your website.
SAVE & ACCEPT